Algy’s History tells you how I, the third generation of my family, came to work the land at Manor Farm, Bintree, Norfolk.  I love what I do, but farming has changed greatly since my grandfather became a tenant here many years ago.

After completing my studies in Agriculture at Newcastle University, I came home to Manor Farm in 1986.

In 2003 I grew my first sunflowers and started selling them as Bintree Bird Seeds from my Dad’s garage. In 2005 we opened Bintree Farm Shop (now Algy’s Farm Shop), selling home-grown bird seeds. Then we added seasonal produce to the shop range including Christmas trees, sweet corn and pumpkins and so the Farm Shop opened 3 days a week!

Gradually trade increased and the range of goods we offered widened with availability of produce and customer demand.

On October 19th 2013 we opened our new shop – Algy’s Farm Shop – which is open 7 days a week, offering with an ever increasing range of local produce and other fine foods.

Popcorn was first trialed on the farm eight years ago. At first a few hand sown plants were grown followed by variety trials with all seeds being imported from the USA, the home of popcorn! Drying the crop proved challenging and initially was done in the home airing cupboard! Not a brilliant idea as it led to various crawling insects being found on our clean clothes!  This resulted in a household ban!

The construction of our first popcorn-drying trailer started soon after the popcorn trials and the trailer is still used today. It has a stirring system to turn the grain automatically. We also bought and imported from America, a large corn cooking wok, the largest in the world at time of purchase! The next step was to construct a purpose built kitchen. Much testing took place before the launch of Algy’s Norfolk Popcorn in 2012.

Our lovely popcorn is cooked with the best cold-pressed rapeseed oil. The rapeseed is grown on our farm and we supply Crush Oils who subsequently supply us with the pressed oil! Currently we offer three flavours of Popcorn – Lightly Salted, Sweet and Salty and Algy’s Revenge Chilli – and we continue to develop new flavours all the time.

We have just ordered a new popcorn cooker that will further improve the quality and consistency of our product. Unfortunately we have been battling with the British weather during the popcorn development and haven’t been able to grow the quality of corn required every year. We had to make the difficult decision to supplement our corn with imported grains when the weather conspires against us. This year we have installed solar panels on our grain store so we will be cooking with our own electricity and the new cooker!

In 1931 my grandfather took on the tenancy of Manor Farm from the Earl of Leicester, Holkam Estate. It is suggested that, at one time, the Earl could ride from Holkam to Norwich without leaving his own land.  During World War II, he was part of the war effort growing food, resulting in more land, including Elmham and Twyford Parks, coming under the plough.

As well as traditional crops such as wheat, barley and sugar beet, my grandfather cultivated blackcurrants, poppies, peas and brassicas. Crops were delivered to London markets five days a week and a dairy herd of shorthorns, pigs and turkeys completed the mix!  In 1954, my father Brian took over after grandfather died. Further changes with seed crops grown for Towsers, a Surrey based seed company and sweetcorn, a new crop for Norfolk. These developments resulted in the first road-side sales of fruit and vege from a small stall.

With the onset of supermarkets, vegetable growing and the small stall were soon finished. The dairy herd was disbanded in the early 1970s and the beef herd in the mid 1980s.  Both farms were bought from our landlords and we concentrated on the production of arable crops. 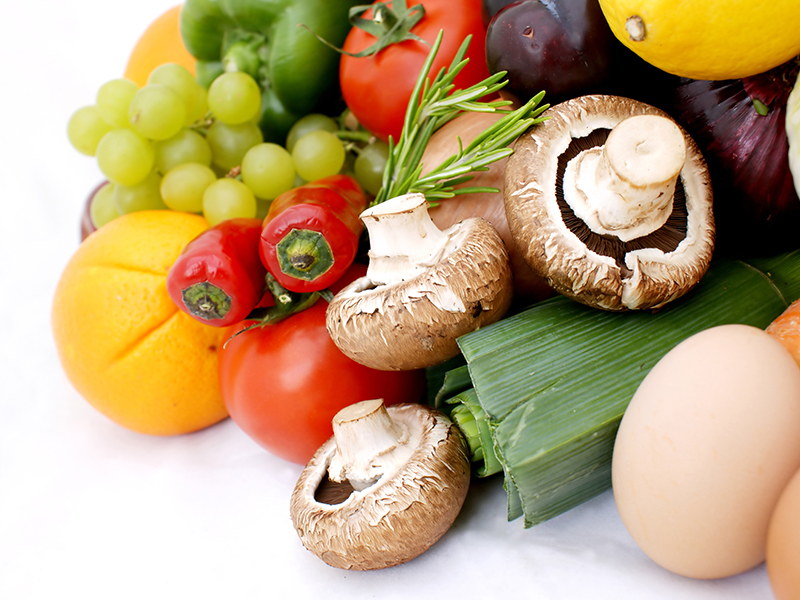